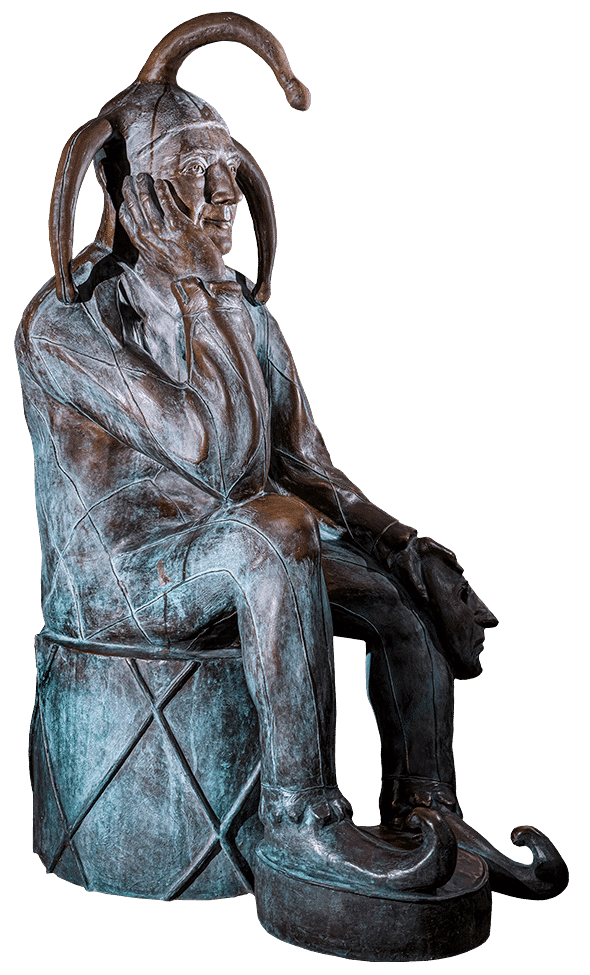 We have kept our word: All the concerts that were postponed in 2020 due to the pandemic will take place this year. In accordance with the theme of this year 2021, ich Narr, I would like to welcome the Villach Carnival Guild to the festival.

After the past 35 years as a composer, conductor and instrumentalist, always caught between the two, or at least changing them regularly - the Orjazztra is now to become my musical focus for the next few years, and the greatest possible common intersection of the sum of these experiences.

A journey into the unknown, exploring new paths that don't always take us where we expect, we sometimes lose our bearings, but find something new instead...

Founded in the 11th century and magnificently decorated in the Baroque period, Ossiach Abbey lies on the shores of Lake Ossiach amidst the romantic mountain world of Carinthia, Austria’s southernmost province. It was here that the Carinthian Summer was founded in 1969, which has since become one of the most prestigious Austrian music festivals. Since 1972 Villach, the Carinthian city with the most Mediterranean character, has been the festival’s “second home”.

This website uses cookies to improve your experience while you navigate through the website. Out of these, the cookies that are categorized as necessary are stored on your browser as they are essential for the working of basic functionalities of the website. We also use third-party cookies that help us analyze and understand how you use this website. These cookies will be stored in your browser only with your consent. You also have the option to opt-out of these cookies. But opting out of some of these cookies may affect your browsing experience.
Necessary Always Enabled

Any cookies that may not be particularly necessary for the website to function and is used specifically to collect user personal data via analytics, ads, other embedded contents are termed as non-necessary cookies. It is mandatory to procure user consent prior to running these cookies on your website.